vSphere Distributed Resource Scheduler (DRS) is one of the several features in vSphere that comes very handy for deployments.

Given below are details of how I use vSphere DRS (in a simple configuration) which has worked very well. I could do this given my organization’s standards for application deployment and VM nomenclature. So, this configuration may not be suitable in other scenarios:

Objective: To distribute VMs belonging to an application, across ESXi hosts within a cluster such that the application runs on more than one ESXi host.

At first, we were apprehensive of full automation and an aggressive migration threshold. However, given that we provision adequate capacity (ESXi hosts) and the positive results of vMotion on our critical applications, the following settings have worked well. 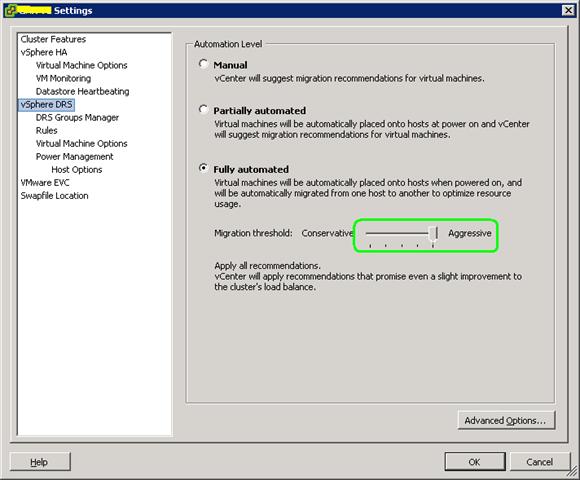 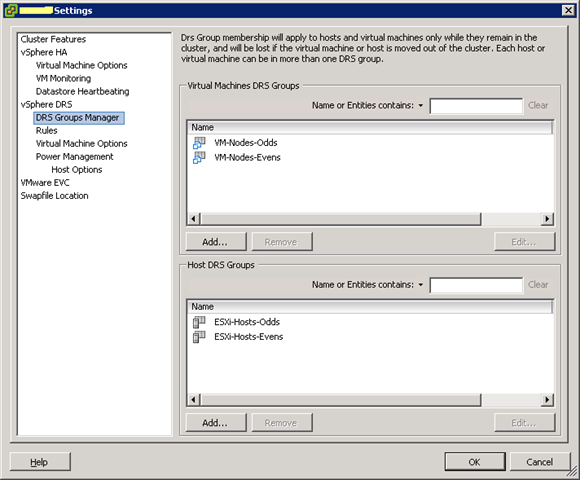 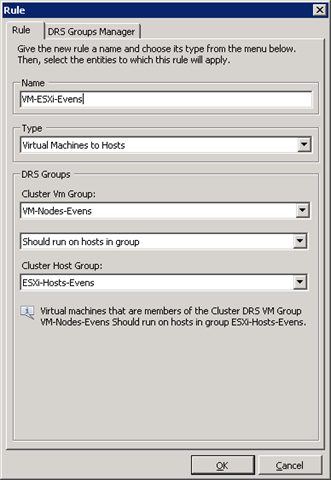 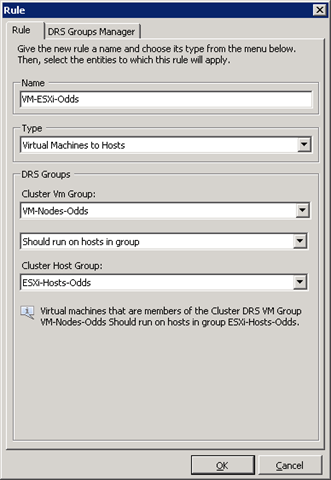